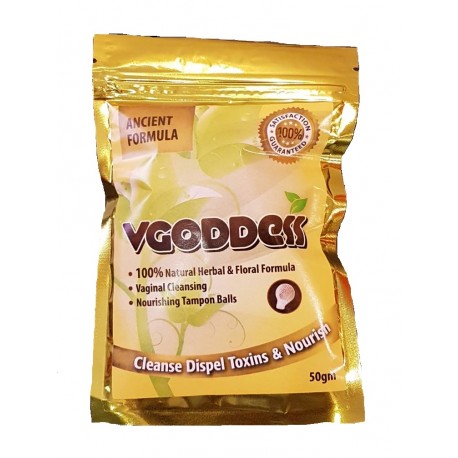 VGoddess herbal tampons orginated from Chinese Ancient Imperial secret formula which is based down on an ancenstry secret to cleanse and nourish the womb and uterus.

Breaking up pelvic adhesions and pelvic scars from the womb.

You can instantly feel the difference upon 3 usage the cleansing and nourishing effect.

This combination produces important detoxification and cleansing and nourishing effect on your womb and uterus which prepares it for conception.

Be the first to write your review !