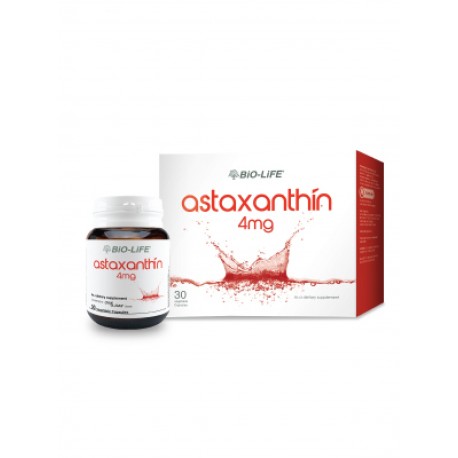 In human trials, Astaxanthin has been shown to reduce visible signs of UV-aging through supplementation within 4 to 6 weeks of use. This research suggests potential skin benefits from the use of Astaxanthin to maintain a youthful appearance, and reverse premature signs of aging.

Astaxanthin works to protect the skin's natural antioxidant network and DNA by reducing oxidative stress after UVA light radiation. These tests showed Astaxanthin to be approimately 100-200 times more effective than other carotenoids, including Lutein and beta-carotene.

Adult: Take 1 capsule daily with food or as recommended by our nutritionist

Contra-indications/Caution:
Not to be taken by pregnant and lactating mothers or children.